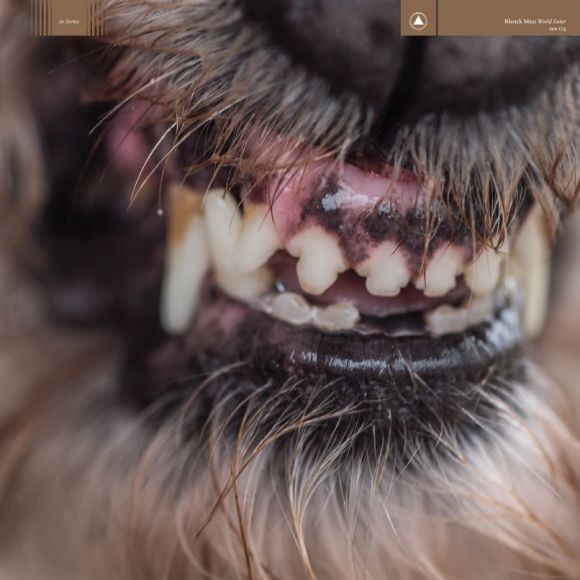 “A reaction to the human race consuming itself from Benjamin John Power (Fuck Buttons)” says a sticker on my copy of this (which is a rather fetching red and black marbled vinyl — although not quite as beautiful as the similarly visceral “cherry pie” vinyl reissue of the Twin Peaks: Fire Walk With Me soundtrack that Death Waltz put out recently). As well it might. Basically the album more or less continues in the vein of 2015’s Dumb Flesh (right down to the quiet opening track, in this case a pretty little music-boxy thing, during which the listener is inevitably waiting for the other shoe to drop — and the listener, dear reader, is not disappointed). Which is to say it is a pretty relentless assault of pummelling beats, ecstatic synths, buzzing electronics, gibberish cut-up vocals, and truly catchy melodies. I guess if we have to compare the two records, there’s no track on here which I find quite as infectious as Dead Format, or quite as swooningly anthemic as Detritus, but it’s still bloody brilliant. It’s kind of like someone got some math rock and some hardcore rave and put them in a blender together, added dashes of everything from black metal to glitchy techno to grand opera, and blitzed the crap out of it. What’s not to love?

I bought this from Boomkat. They call it Electronic.