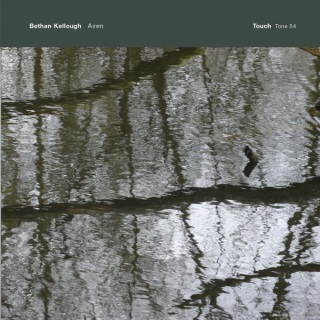 This is a short (28 minutes) but perfectly formed bit of intense atmospheric ambient. It’s made mostly of Kellough’s own droning string arrangements, field recordings (from Iceland and South Africa), and a bunch of processing. From the opening seconds you’d be forgiven for thinking this was going to be at the floaty end of the spectrum, but don’t be deceived: this is a tough, muscular work, evoking not just the wonder of nature but also its danger, and the suddenness of its changes of mood. Melody is used sparingly, and is all the more effective for it. The production is superb (especially since it was apparently recorded live). If pushed for references, some of the effects remind me of Ricardo Donoso — particularly the one where a crescendo of static like an approaching shock-wave hits you with a bang leaving wisps of echoing strings and crackle in its wake — and it’s no surprise to read that Francisco Lopez was involved in some of the field recordings, but overall this is refreshingly original (and the strings are better than Donoso’s). A hugely accomplished debut.

I bought this from Boomkat. They call it Modern Classical / Ambient.