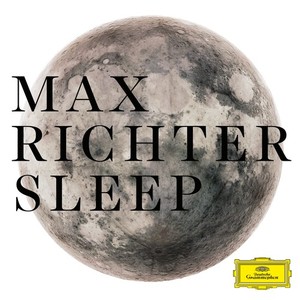 So, yeah, a few things we have mention is that this is over 8 hours long, it was developed in collaboration with the celebrity neuroscientist David Eagleman, and you’re meant to sleep through it. Also worth mentioning is that it’s bloody lovely. There are 31 compositions for piano and string ensemble (which still average over a quarter of an hour long, maths fans), many of them variations on a handful of simple themes. If you imagine taking your favourite moments from, say, The Blue Notebooks and spinning them out to a geological timescale, this is roughly what you’d get. It’ll be no surprise if I say that this is an unusually unhurried affair: transitions which might take minutes in a regular work happen over tens of minutes here, giving the whole thing a sort of geological timescale. It’ll also be no surprise that this would be pretty frustrating if you sat down to just listen to the thing. But as something to doze to, or to have in the background while working, it’s relaxing, gently uplifting, and has moments of real beauty.

I bought this from iTunes, which is the only option mentioned on the label’s website, although I have since found that it’s now available for download on a variety of services. It’s also been released as a 9-CD box set… although, unless you happen to have a massive CD changer to load it all into, the latter option seems to slightly miss the point. And there’s a one-hour version that’s available on streaming sites and as a single CD, for the lightweights.