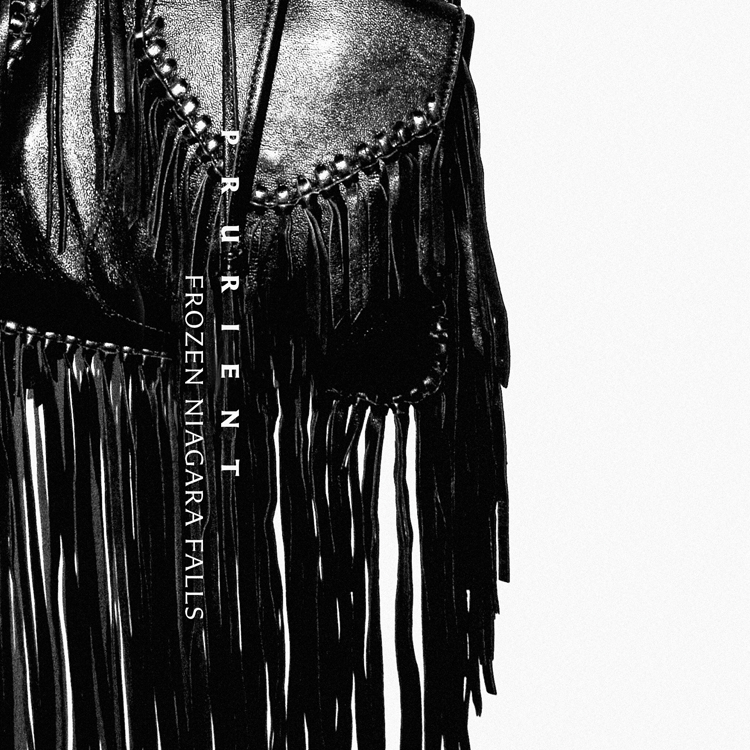 The “thrilling ten minutes of proper dark industrial techno awesomeness” which is You Show Great Spirit, from the three-track Through The Window on Blackest Ever Black, was my standalone track of 2013. My quibble with that records was that the title track, basically making one noise (albeit a very awesome one) for almost 18 minutes, slightly outstayed its welcome.

Well, this double CD (also available on triple LP) can’t be accused of monotony. In fact, if it has a flaw, it’s that it crams in too many ideas: its ninety-something minutes are densely packed and it’s a helluva lot to take in. I think this is is probably deliberate, that it wants to simply overwhelm the listener, and frankly (with me) it succeeds. In an effort to tame it, I took track-by-track notes. I started well, recording things like a “Stadium synth riff, thumping sounds, misc. crashing and wailing noises; distorted death metal vocals which take some to to register as even human; squealing later” (Myth Of Building Bridges). I noted the contrast between a “Roaring over a pounding beat” with a “Guitar line that sounds a bit like an ’80s soft metal band, I think maybe Heart” (Dragonflies To Sew You Up) and the quiet interlude featuring “Interplay of heavily flanged synth noises, more squealing” (A Sorrow With A Braid). I was keeping it together for most of the first disc, alert to things like a “Heavily reverbed vocal over high-BPM hardcore beat, with shouting, breaking up into static” (Poinsettia Pills). By the start of the second, I was falling back more heavily on metaphor, describing one track as a “Malfunctioning robot mouse trying to escape from galvanized metal dustbin” (Wildflowers), and then being thrown by the abrupt transition into “Folky acoustic guitar riff accompanied by dark ambient hums”. I’m pretty incoherent for the bulk of that disc, jumping between a “big fat minor chord” and an “intermittent gunshot rhythm”, between “static noises” and “space-invader noises”, between “heavily reverbed lyrics” and “shouting about pain”. And then I get it together for the final track (Christ Among The Broken Glass), with its “Ominous humming, crackling, and scraping noises dominated by an open, resonant acoustic guitar melody which weirdly reminds me of [Radiohead’s] Street Spirit [(Fade Out)]”… this last realization being rather surprising and somehow rather brilliant. The record does indeed fade out in style, with a wheezing of minor-key synths and a whispered lyric imagining a Jesus figure among the destitutes of a wintry city, desperate and helpless in the face of the scale of their need, and cheerily ending “‘Go ahead,’ he says, ‘Go before me.’ Whose turn is it with the flashlight, down in the hole tonight?”.

So, yes, this is rather self-consciously epic. And, no, I don’t pretend to have got my head around it yet. Most of my favourite albums, I feel like we spend a while getting to know each other, then we form a relationship, and maybe we fall in love. I couldn’t say that I love this record, and indeed I suspect it’s trying quite hard not to be lovable: we’re still at an awkward stage where I’m never quite at ease with it, and I suspect that stage might last for some time. But I admire it immensely, and I keep getting drawn back to it, each time hoping to figure out another bit of its puzzle.

I bought this from Boomkat. They call it Electronic.