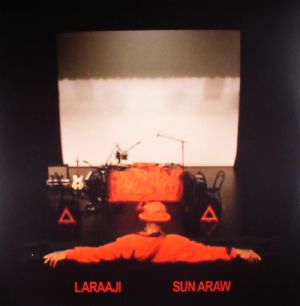 Laraaji is an ambient / new-age old-timer who’s been playing music (and collaborating with Brian Eno) since the seventies. Sun Araw (aka Cameron Stallones) is a Californian experimentalist who looks like he probably wasn’t born then. But they have produced a wonderful, effortlessly natural-sounding improvised collaboration here. Stallones does some wonderfully loose work on guitar and keyboard. Laraaji contributes zither and percussion and a wonderfully resonant nonsensical (I think?) chanting (and the occasional slightly disconcerting chuckle). Someone called Alex Gray is credited with “computer synthesis”, which I guess might be something to do with the occasional buzzing and humming noises. This kind of abstract noodling which can very easily disappear up its own fundament… a fate which is magnificently avoided here. It’s relaxed and warm and inspiring and just gently hypnotic. It reminds me in places of another great collaboration: Masayoshi Fujita & Jan Jelinek’s superb Bird, Lake, Objects. High praise, but highly deserved.

I bought this from Juno. They call it Ambient / Drone.